The Montreal Canadiens remained perfect Saturday night after another stellar performance by Carey Price, the best goalie in the world.

Tired from a win over the Sabres the night before, the Habs looked sluggish at times but backed by Price, the difference maker, they overcame a 52-27 shot differential.

So what’s the business tie-in here?

Carey Price’s ability to focus and remain calm even under the most challenging of situations is what separates him from most of the other NHL goaltenders.

In order to maintain his composure, Price spends hours in preparation.  Team practises, weight training, and continual fine-tuning from goalie coach, Stephane White, have made a subtle yet significant difference in his stability and efficiency.

The Canadiens’ goalkeeper is also an innovator.  Over the past few years, Price has altered the way he straps on the pads including, completely changing the elastic straps around his knees to his bootstraps.  These seemingly small modifications have allowed for a more composed stance and promotes easier turning of the pads on his knees when dropping to the butterfly stance.  This reduces the stress on Carey’s knees and hips, ultimately allowing him to prolong his illustrious career.

With an unmatched work ethic and passion not only for the game, but for his position, winning has become a by-product of his dedication.  Since recovering from his collision with Rangers forward Chris Kreider in the 2013 Eastern Conference Final, Price has been breaking records and setting the tone for the rest of his peers.  This culminated with his winning every possible individual awarded he was eligible for in the 2015 NHL Player.

Beginning his junior career with the Tri-City Americans in the Western Hockey League in 2002, Price was drafted fifth overall by the Montreal Canadiens in the 2005 NHL Entry Draft, following his second season with Tri-City. In two seasons with the Americans, he won both the Del Wilson Trophy as the top goaltender in the Western Hockey League (WHL) and Canadian Hockey League (CHL) Goaltender of the Year in his final season of major junior in 2007. Joining the Canadiens’ farm team, the Hamilton Bulldogs of the American Hockey League (AHL) just as the Calder Cup playoffs begun, Price led the Bulldogs to the Calder Cup championship and won the Jack A. Butterfield Trophy as the tournament MVP. Price made the Canadiens’ roster for the 2007–08 season as the backup goaltender before ultimately becoming the starting goalie later that season. In 2015, he was the winner of the Ted Lindsay, William M. Jennings, Vezina and Hart trophies, becoming the first goaltender in NHL history to win all four individual awards in the same season.

Internationally, Price has represented Canada at various tournaments at junior levels, winning silver medals at the World U-17 Hockey Challenge in 2004 and the IIHF World U18 Championship in 2005. He won a gold medal at the 2007 World Junior Ice Hockey Championships in Sweden. In 2014, Price was named to the Canadian Olympic Hockey Team and won a gold medal at the Winter Olympics in Sochi. Price’s play also earned him the tournament’s top goaltending award, from the International Ice Hockey Federation (IIHF) directorate.

Every business faces challenges, adversity and the unexpected.  By following Price’s example, your Senior Management Team should consistently take time to train, prepare and innovate.  The rewards of financial gain and team enrichment will follow.  Then, like Carey price, all you’ll need is a Stanley Cup to complete the trophy shelf.  Don’t worry—the playoffs are still six months away. 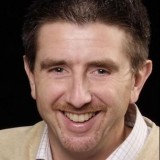